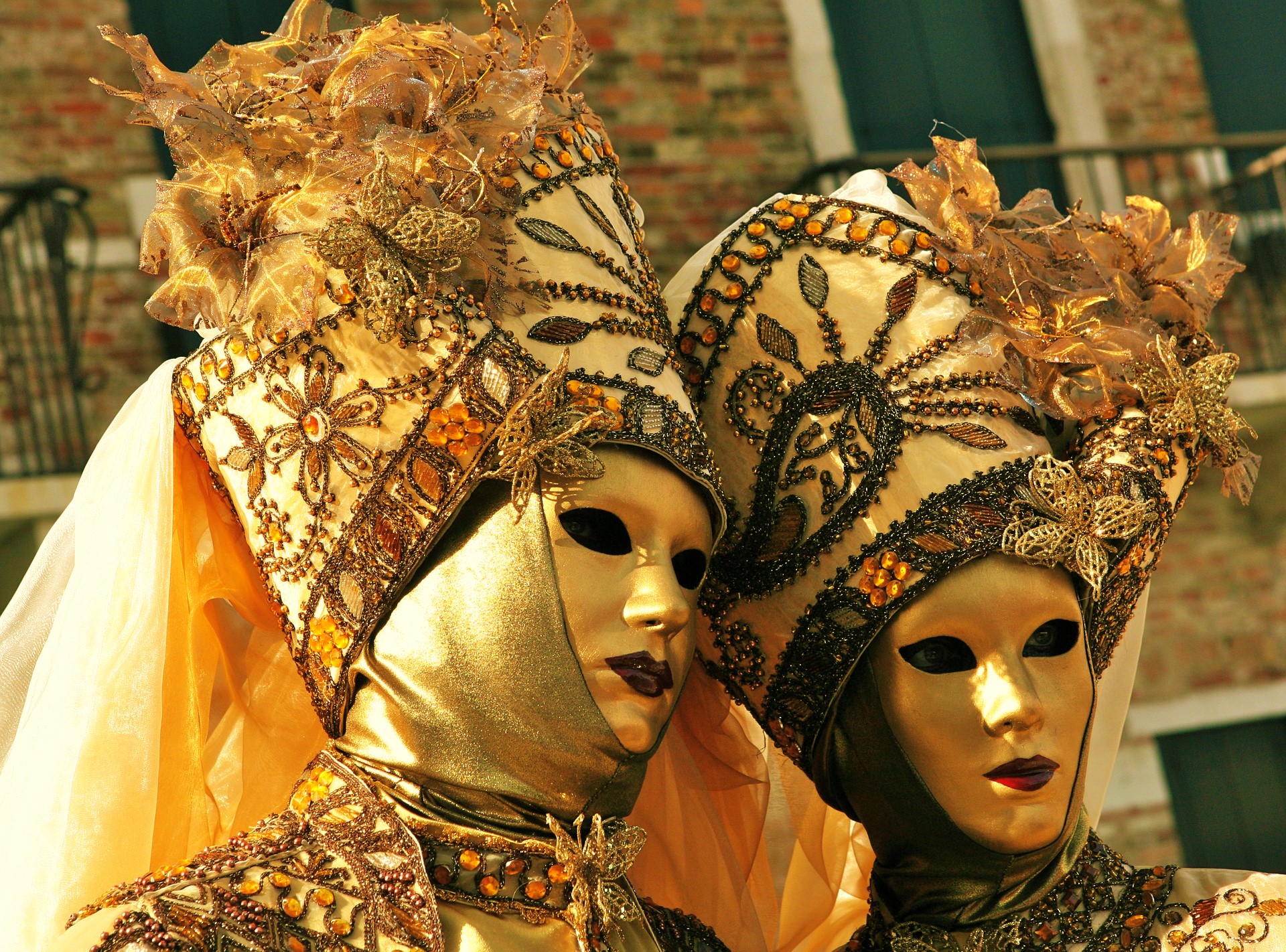 Venice Carnival – Main Events and Dark History of the Masks

The most classy, sophisticated and elegant carnival celebration is definitely the Venice Carnival. There are many splendid carnivals around the world, but nowhere else the costumes are so opulent, stylish and aristocratic as here. In most places, it’s all about looking funny and colourful, crazy and sparkly – but not in Venice. Here “funny” is out of place. It’s all about superior elegance, mystery and magic. There is nothing like it.

For several weeks every year, the famous narrow streets, canal banks, bridges and squares of Venice become populated by magical outworldly crowd. Queens, kings, harlequins and mysterious creatures are strolling all around, covered with masks, mantles and feathers.

The Venice Carnival takes place from 8th to 25th February 2020.

The History of the Venice Carnival 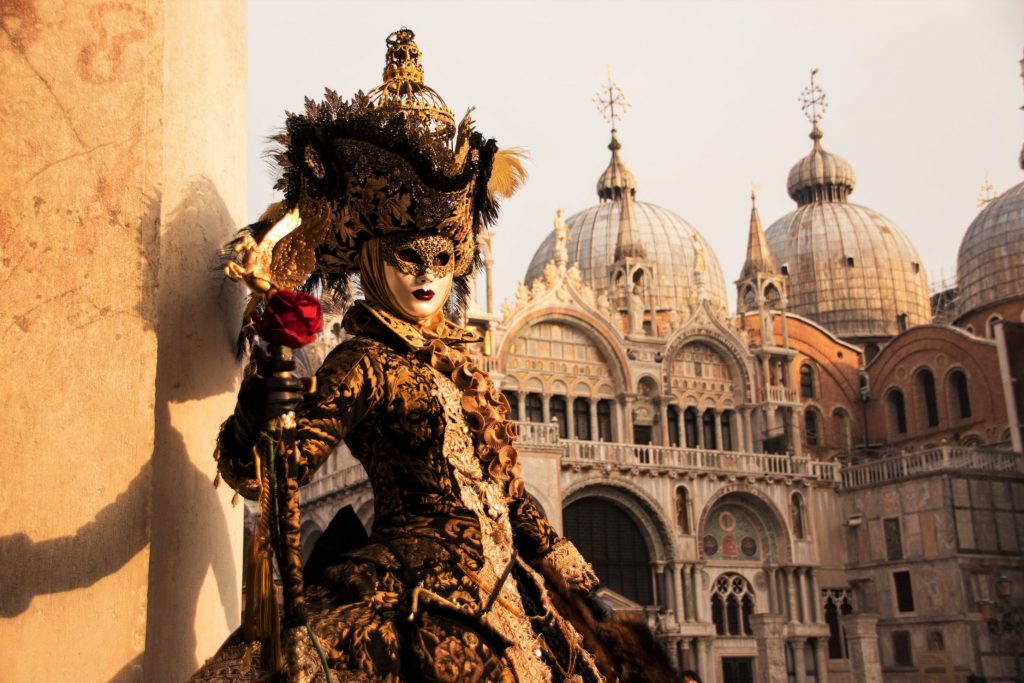 The beginning of the Venice Carnival was a huge victory of the Republic of Venice in the battle against Aquileia in 1162. Crowds of Venetians celebrated the victory by dancing and singing in Saint Mark’s Square – and it gradually turned into an annual tradition. Over the centuries, it developed into its opulent and ostentatious Renaissance form that survived until nowadays. One of the unknown fact about it is that it became strictly forbidden by the Holy Roman Emperor and then the Emperor of Austria in 1797, and for over a century, it vanished. Fortunately, it revived in the 19th century, and over the time restored all its glory.

The Dark Origin of the Masks 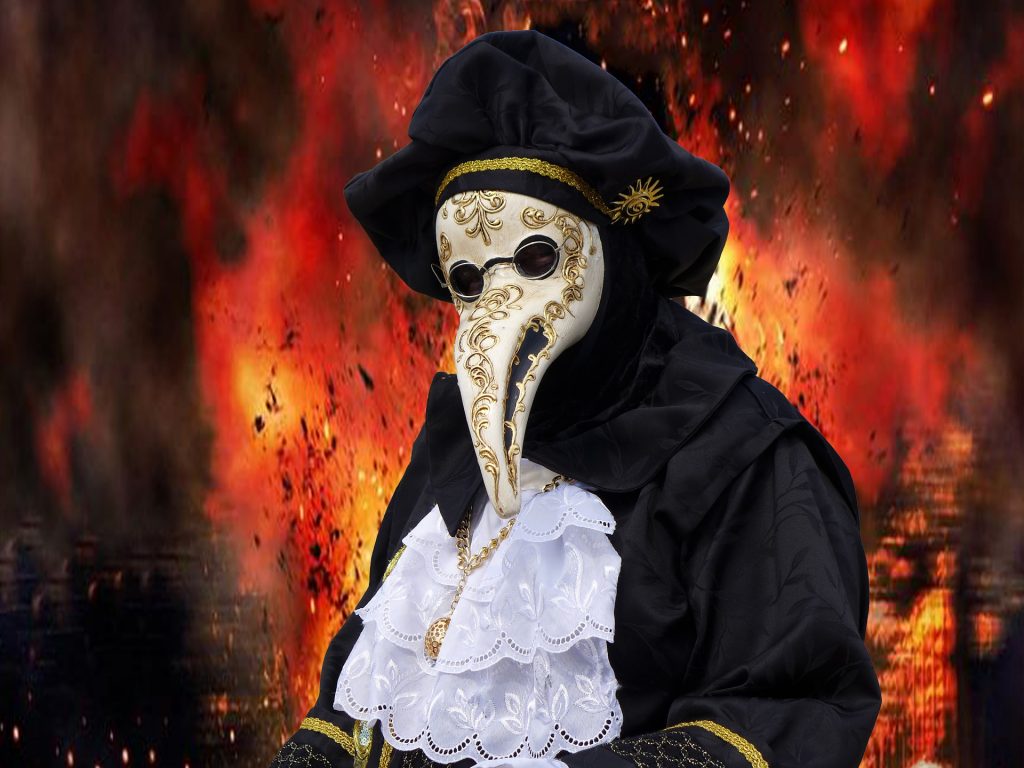 One of the strangest and most characteristic carnival masks – the so-called Medico Della Peste – The Plague Doctor – has macabre origins. It was invented in the 17th century by Charles de Lorme, French physician who treated “black death” patients. This mask with its long hollow bird-like beak served as an early “gas mask” prototype. The beak contained the mixture of aromatic herbs to protect doctors from inhaling the air around the plague patients. The eye holes were covered with crystal discs, so they look like spectacles. This mask survived all the centuries and is still worn as a kind of memento mori.

Hiding Secrets and Breaking the Rules 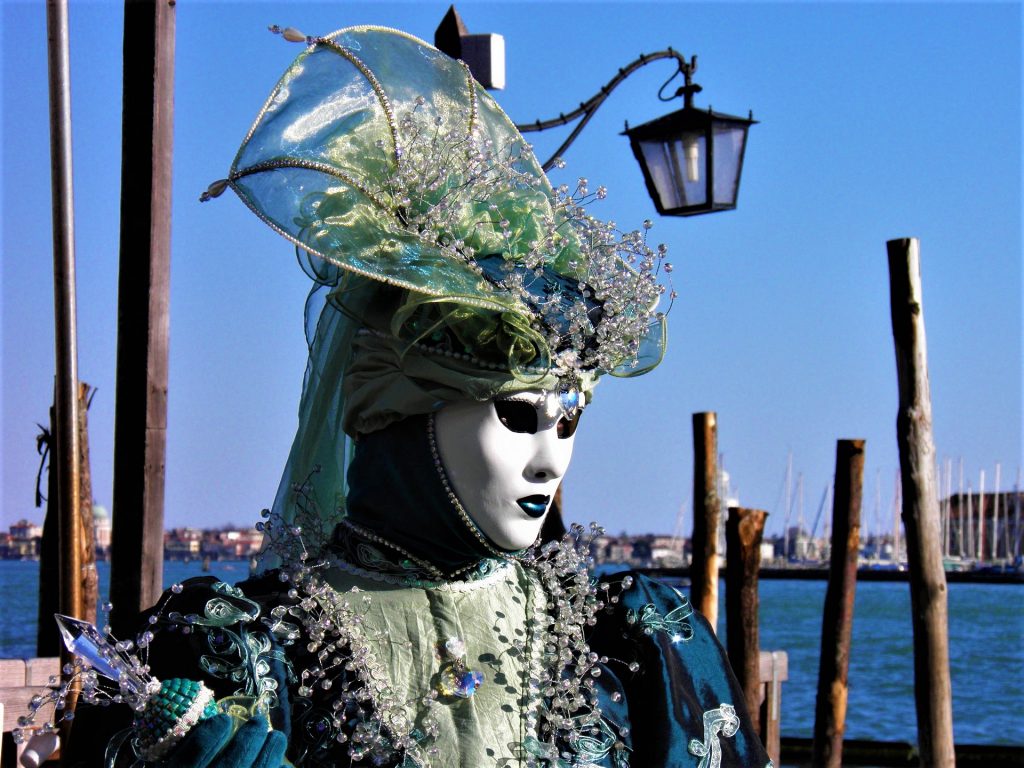 Masquerade arises from the desire to remain anonymous. It brings upon a variety of advantages of breaking the rules and enjoying freedom of forbidden acts, which in the past were anything of “sinful” character: secret lovers’ encounters, man dressing up as women, and even murders…

In the society divided into the extremely rigid social classes, it offered a unique opportunity to meet and mingle between higher and lower classes, while hiding somebody’s own class, as well as age or even gender.

During the Carnival, so-called “sumptuary laws” – moral rules regulating consumption and restraining extravagance and luxury, were suspended. And so it was legal and unpunishable to dress not according to the usual laws and behave exceeding the everyday limits. For instance gambling, otherwise illegal, was lawful in this particular period of the year.

The use of the masks was codified in every detail, for instance it was forbidden to wear vulgar disguise, to use masks in a church, prostitutes were not allowed to wear masks at all, and in the Medieval period wigs and false beards were prohibited.

Masks were allowed only and strictly on specific times of the year, but interestingly, those periods were much longer than just the carnival. There were several religious festivities in which they were legal to wear. Therefore, the rigid Venetian society had quite a lot of occasions to escape from the rules and enjoy some freedom in disguise!

There are 7 types of the traditional masks with related outfit:

Nowadays, the masks and clothes often combine elements of different classic versions. Also, they are ever more elaborate and rich in colours and details – a real feast for the eyes!

Events During the Venice Carnival

1. The Opening Ceremony of the Venice Carnival

The celebration of the Venice Carnival start as they should – on the water! Cannaregio Canal fills with hundreds of decorated boats with Venetians in spectacular carnival outfits, together with special floating structures and decorations. This show is truly unique!

2. The Flight of the Angel

In foto l’emozionante volo dell’Angelo che aprì i festeggiamenti del Carnevale di Venezia 2015!
L'appuntamento con il volo dell'Angelo 2019 è fissato per Domenica 24 Febbraio, non mancate! In the picture the amazing Flight of the Angel that opened the celebrations of the 2015 Venice Carnival!
We are waiting for you in St Mark Square on 24th February at 11 am for the Flight of Angel 2019 edition ! #CarnevalediVenezia2019 #piazzasanmarco #VeniceCarnival2019 #venicecarnival #stmarkssquare #flight #volo #

In the 16th century, among the various shows organized during the Venice Carnival, an extraordinary spectacle caused a great stir. A Turkish acrobat managed to walk on a rope all the way up to the Campanile of Saint Mark’s Square from a boat anchored on the pier, then he reached the balcony of the Palazzo Ducale, giving the tributes to the Doge. The spectators went crazy – nothing like that was ever seen before. And since then, Venetians demanded a similar show – called the Turk’s Descent, every year. Hence, it has become an official annual ceremony.

Through the centuries, the event has undergone numerous variations. The acrobatics turned into a descent on a rope. Later an acrobat was substituted by a wooden figure of a dove – Colombina.

Then since 2001, the old version of the event was reintroduced. So what is the Flight of the Angel? An artist (almost always female) or a celebrity, wearing a lavish Carnival outfit, secured by a metal cable, slides slowly from the Campanile towards Saint Mark’s Square, over the heads of the crowds watching the spectacle. It signals the official opening of the celebrations of the Venice Carnival on Saint Mark’s Square.

A week after, a similar spectacle is repeated, called The Flight of the Eagle.

3. The Most Beautiful Mask Contest 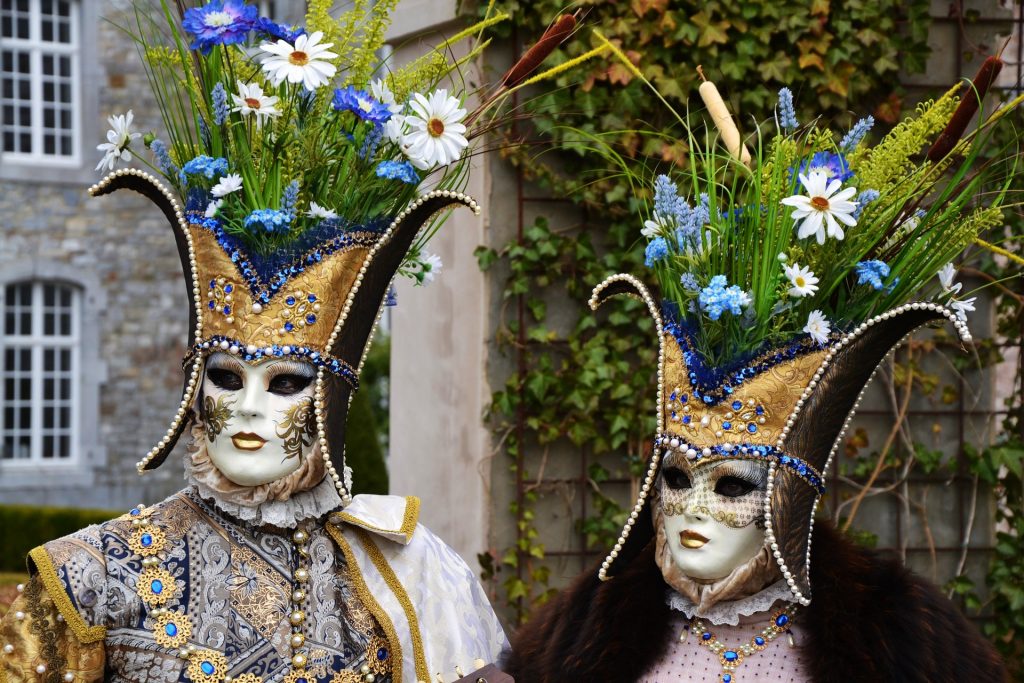 Boundless fantasy of the Venetian masksDuring the Venice Carnival, the Best Masked Costume Contest is held twice a day in Saint Mark’s Square. There is a red carpet and a stage on which competitors parade, trying to outdo the others with their ornate masks, surprising costumes full of fantasy, showy feathers, materials and textures. They are judged by a jury of international fashion and costume designers.

Masquerade balls were a popular form of costumed festivities in Italy during the Renaissance. They have always been primarily associated with the celebrations of the Venice Carnival.

Nowadays, they are still held during the carnival. In the splendid historical interiors of the Venetian palaces and luxury hotels, exclusive masked balls, dances and dinners are held throughout the entire period of Carnival. They are expensive, but their atmosphere is like something you have never seen before! All the guests are wearing stylish Renaissance clothes, wearing masks and wigs, they dance traditional dances with live orchestra and eat Renaissance-style dishes. These balls last 4-7 hours, letting you immerse completely in the Venetian magic. It will take you completely out of reality! 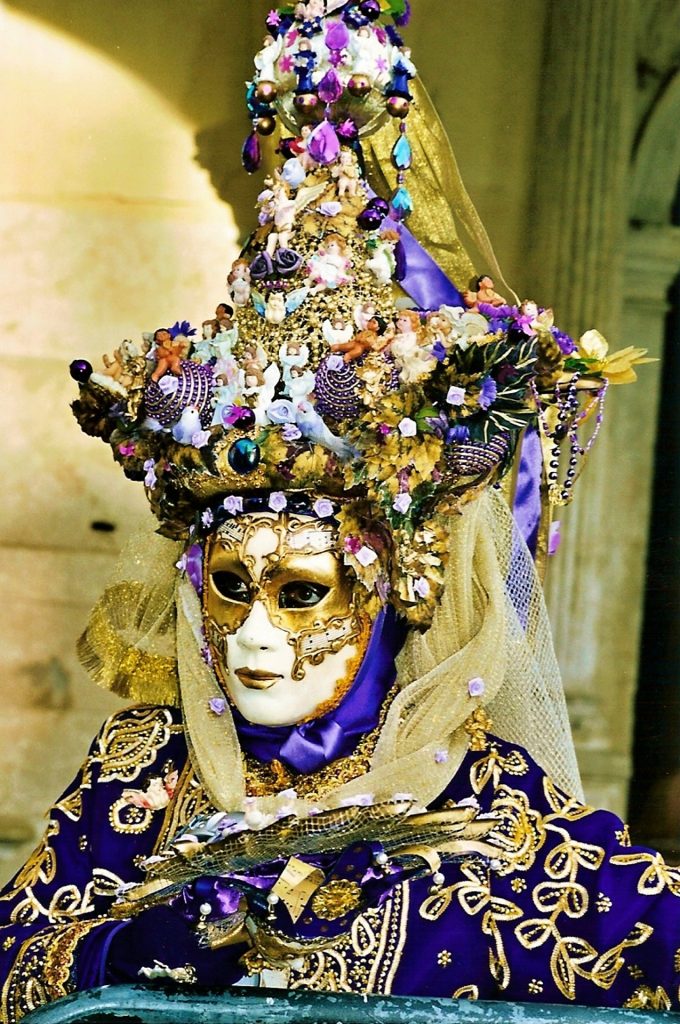 Venice carnival is famous for incredibly ornate mask and headwear

Did you like the article? Do you have any questions or comments? Have you been to the Venice Carnival and have your own stories to tell? Write a comment! 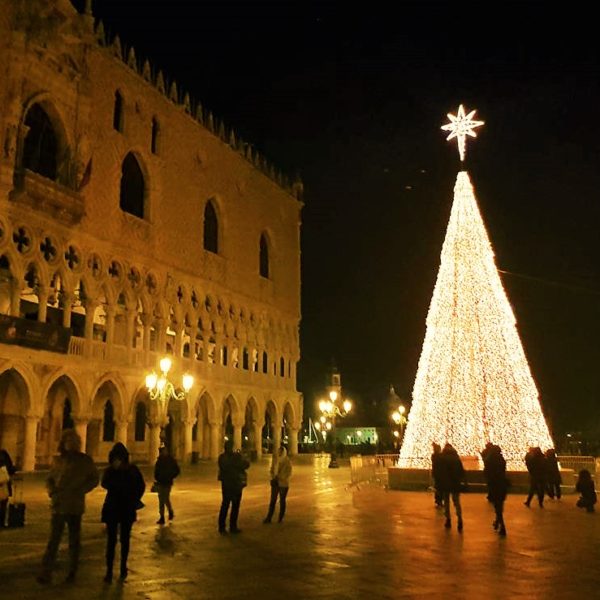 Christmas Markets in Venice, Italy (2019) – All You Need To Know 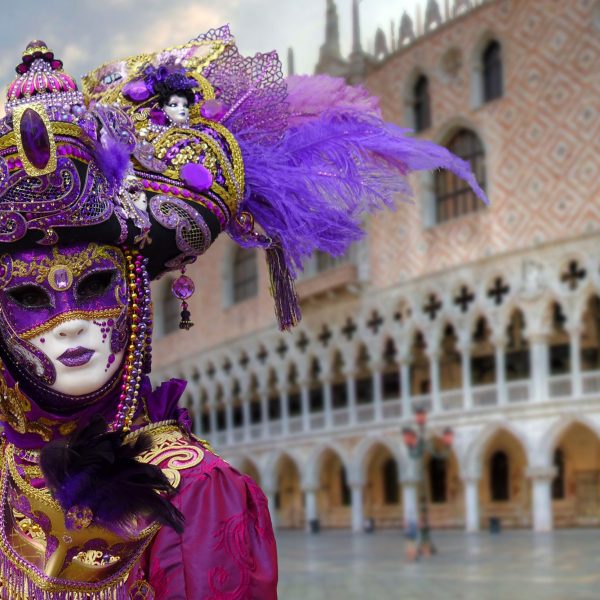 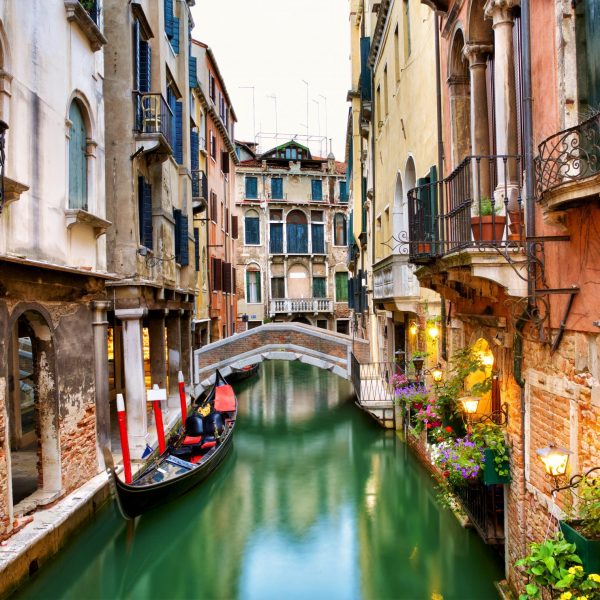 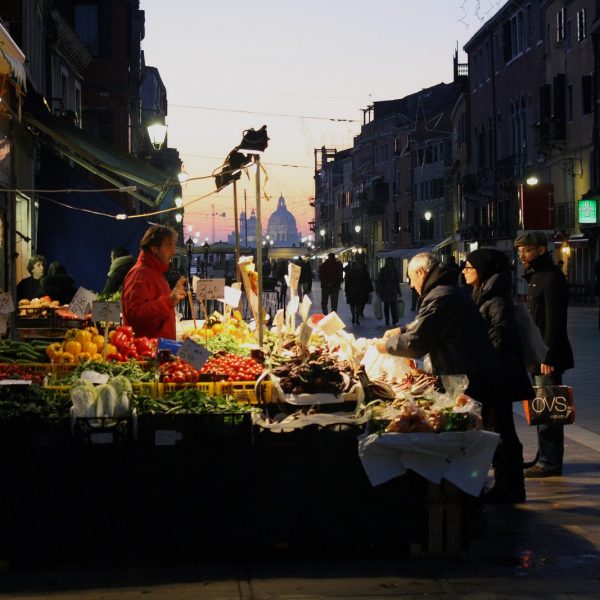 Market of Via Garibaldi in Venice 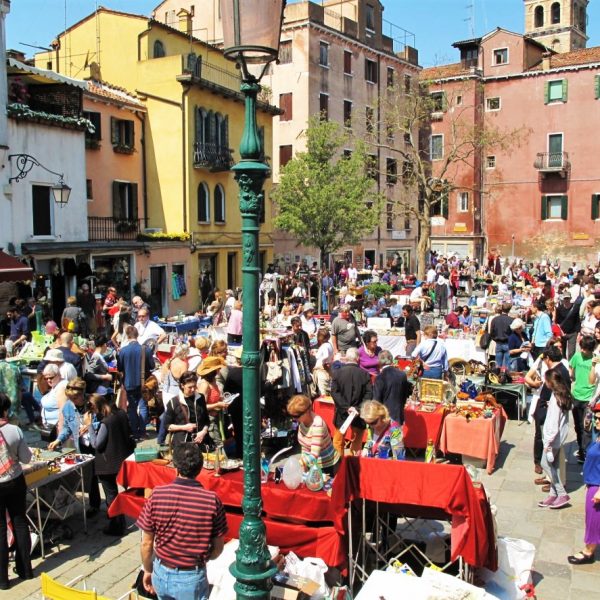 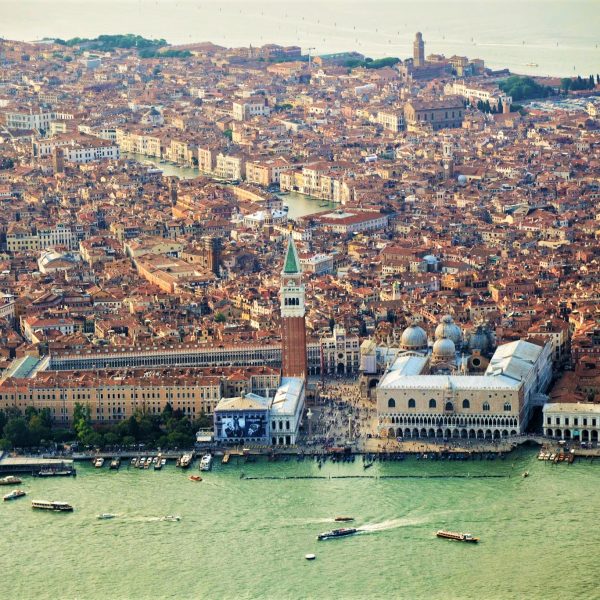