Guide to BelgiumGuide to Bruges

15 Best Things To Do In Bruges, Belgium – Top Attractions

Bruges / Brugge is a small town which is incredibly packed with world-class monuments. Its perfectly preserved old centre is a UNESCO World Heritage Site and you will quickly see why. Medieval cobbled streets, stone houses, scenic canals reflecting towers and trees, and magnificent town residences, churches and squares – they all have their stories to tell.

On top of that, every street hides lovely cafes, romantic restaurants and infinite artisan chocolateries and bars with dozens of worlds’ best beers. The experience of being in Bruges in something to live to believe!

A quick explanation of the fact often confusing for travellers: the city has two official names – Bruges in French (and English), and Brugge in Dutch – a name deriving probably from the word “bridge”.

Now, let’s discover the 15 best things to do in Bruges – top attractions and experiences!

The main square in Bruges – Markt

Markt – the main market square of Bruges is the heart of the city and its most lively spot. It’s surrounded from every side by beautiful buildings and numerous restaurants and bars. Markt is a popular place to sit and rest, directly in the square, on the benches, or at one of many tables with the view.

The imposing cream-coloured Neogothical building is the Provinciaal Hof (Province Court), where in the past the provincial government of West Flanders held its meetings. Next to it there is the Waterhalle building which houses a multimedia Historium exposition and Duvelorium bar with a great view at the square. From the other side there are rows of colourful houses with stepped-gable facades. However, the most characteristic building of the city is its Belfry.

The Belfry of Bruges on the Markt

A belfry is a bell tower of the city hall or other civic building. The medieval belfries of Belgium had such a relevant historical role that 32 of them were listed by UNESCO. They have become an important symbol of the emerging independence of the cities of religion and feudal systems and a manifestation of wealth and prestige of the city. The Belfry of Bruges was built in the 14th century and it is 83 m high. It was even higher, with a wooden spire on the top, which was destroyed by a thunder. Without the spire its head looks like an elegant crown, visible from almost every part of the city, over the roofs of the low medieval buildings. Climb 366 steps on its winding stairs for a great view on the vast historical centre.

47 bells of the Belfry of Bruges ring a carillon – composition of melodies rung by bells of different sounds. There are carillon concerts – hours are posted at the entrance.

Rozenhoedkaai in Bruges – the most famous spot of the city

The most iconic point of Bruges and its most photographed spot is Rozenhoedkaai. In this crossroads of canals you can take a boat trip to discover the network of the Bruges canals. Alternatively, you can take a very pleasant stroll along the canals by day – or even more romantically by night, or sit in one of magnificently located bars or restaurants with the canal view. The canal offering the greatest and most varied sights is romantic Groenerei.

Burg is a magnificent small square surrounded by some of the most important monuments of Bruges. Its main highlight is fascinating Gothic City Hall (details below), and next to it the Liberty of Bruges – the former city court and registry. A hidden gem – literally hidden – is the Basilica of the Holy Blood, squeezed in the corner of the rows of buildings.

Spectacular interiors of the City Hall of Bruges

The City Hall of Bruges is like no other. It is awe inspiring, it will dazzle you with its spectacular art and will leave you speechless! It is the place from which the proud city of Bruges has been ruled for over 6 centuries. It was built in 1376 which makes it one of the oldest city halls in the Low Countries. The Gothic facade is adorned with rows of elaborate figures, and roof is embellished with mutiple turrets with golden angels on the top of each. It’s really magnificent! However, the interior is even better: the feast of colours of its splendid frescoes and polychrome vault is just spectacular.

6. The Palace of the Liberty of Bruges (Brugse Vrije)

The Palace of the Liberty of Bruges (Brugse Vrije) in Bruges

Right next to the City Hall, there is the old court of justice called the Liberty of Bruges. It’s a quick visit, but don’t miss it. It’s a rare example of Renaissance architecture in this medievally-dominated city. Visit a chamber with splendid Emperor Charles V fireplace made of wood, marble and white alabaster in the 16th century. Its carvings are amazing. The huge painting lets you imagine how the court functioned in the past, showing the scene of verdict.

Basilica of the Holy Blood in Bruges

In 1134, Thierry of Alsace, Count of Flanders, built two private chapels next to his residence which in following centuries became the City Hall of Bruges. According to the tradition, he went twice on crusades and came back from Jerusalem in 1150, carrying the sacred relic – a phial with a piece of a cloth with blood of Christ. Hence, the name of the chapel was changed to the Chapel of the Holy Blood.

There are two chapels: the lower Romanesque St Basil chapel and the upper Gothic Chapel of the Holy Blood. In the latter, there are exquisite interiors, murals, stained windows beautifully filtering the light, fascinating pulpit in the form of a globe and precious paintings.

The relic of blood is shown to the public every Friday and some other religious occasions.

Each year on Ascension Day, there is a huge and pompous Procession of the Holy Blood with incredibly long tradition – it dates back to the Middle Ages.

8. Church of Our Lady (Onze-Lieve-Vrouwekerk)

The 115 m tower of the church is one of the towers of Bruges seen from most parts of the city. The church houses a rich art collection, the highlight of which is the famous Michelangelo’s sculpture of Madonna and Child. There are also many precious paintings, tombs of the kings and a series of 13th century painted sepulchres – something difficult to see elsewhere.

Impressive realism of the details of the Flemish painting masterpieces

Among the best things to do in Bruges, you really have to see this museum. The most important museum of Bruges boasts a spectacular, world-renowned collection of the so-called Flemish Primitives: Jan van Eyck, Hans Memling, Gerard David and Hugo van der Goes. Their paintings are truly mesmerizing: the incredibly realistic details painted so skilfully that they seem to be in 3D. Pay attention especially to the texture of the textiles on the paintings: velvet that “feels” so soft, embroidery with each thread standing out, fur that you could almost caress, laces that are semi-translucent, silk so delicate that you can see how it crumbles… Truly amazing. Don’t miss it, it’s really something to remember.

The museum contains a huge collection of paintings also from several other eras, including neo-classicist and expressionist Flemish painters.

It is definitely a must-see and one of the most fascinating places in Bruges.

Saint John’s Hospital built in the 12th century is one of the most historical hospital buildings preserved till our times in entire Europe. A beautiful building hosts an interesting and unusual display of objects, medical instruments, silverware, paintings and furniture that show the often scary or surprising methods how patients were treated in the medieval hospital.

One of it best parts of the building is the pharmacy and lovely herb gardens in the inner courtyard.

However, most of all, the hospital houses an important collection of masterpieces by the Flemish Primitives with 6 paintings by Hans Memling, German-born Early Netherlandish painter of the 15th century. These include the impressive Shrine of St Ursula and marvellous and fascinating St John Altarpiece Triptych, as well as the Diptych of Maarten van Nieuwenhove.

Between the 13th and the 15th century, Bruges was one of the main trade hubs in North Europe, a member of the prestigious Hanseatic League. The richness achieved by the city in this period is well reflected in the beautiful buildings surrounding the old port of the city in Jan van Eyckplein. It was here where goods were loaded and unloaded from the ships, and international deals were made. The buildings around the square were embassies of the trading nations and rich merchants’ mansions.

Don’t miss Burgher’s Lodge, Old Tollhouse and Pijndershuis. There is a table with detailed explanations of the place in several languages in the square. The square was named after the most illustrious citizen of Bruges – the painter Jan van Eyck (1370 – 1441), whose statue is overlooking this pretty square.

A beguinage was a kind of convent, however for lay (although religious) women, not nuns. Beguines – women living in such a structure, formed a stable community and lived together, but they didn’t have to take vows or be secluded from the world. Beguinages were founded in different parts of the Low Countries since the Middle Ages.

The beguinage in Bruges, enlisted by UNESCO, was founded around 1244, and it comprises a Gothic church and thirty small houses.

Since nowadays it is a convent for Benedictines and keeping silence here is obligatory, it is one of the most quiet and tranquil spots of the city. It has a pretty internal garden and rows of harmonious whitewashed buildings, enclosed within the walled area.

On the outside, there are always numerous swans swimming around, adding up to the dreamy atmosphere of the place.

All around the city of Bruges, there are located almshouses from different centuries. They were charity-funded houses for poor elderly or retired craftsmen from the city. They were built with money from the guilds or by wealthy religious merchants who wanted to secure their place in heaven by doing a good deed. You will see them in a lot of spots of the city. It’s fascinating that still nowadays the almhouses in Bruges are destined for the elderly citizens.

Where to see Almhouses of Bruges? Some of the best examples of them are located in the corner of the streets Noordstraat and Wijngaardstraat.

Historium in Bruges with Duvelorium terrace (the building on the left)

One of the super-modern things to do in Bruges is to try out Historium. It is a Virtual Reality centre that takes you back in time to the most glorious period in the history of Bruges. You will be taken right to the year 1435 and follow a day in life of the pupil of Jan van Eyck. You will take a virtual journey around the medieval Bruges and see several monuments that don’t exist anymore. Later, you can climb the Historium Tower with magnificent view over the Markt – and to the Belfry on another side of the square. Then, there is the Laborium, a Virtual Reality game parlour that will fascinate many guests of different ages.

Don’t miss the Duvelorium Grand Beer Café – it has a terrace with truly magnificent view over the square, and highly unusual beer-filled chocolates + beer tasting ;) We absolutely recommend it as one of the best things to do in Bruges!

15. Other Best Things To Do In Bruges

Any questions or suggestions? Leave a comment, we will gladly answer!

Bruges is one of the most romantic cities in Europe. Extremely charming and elegant and different enough from the rest of Belgium. It is a perfect romantic weekend getaway, although I would recommend to spend at least 3 days. 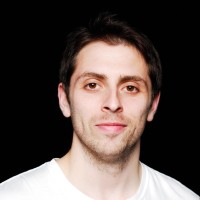 6 thoughts on “15 Best Things To Do In Bruges, Belgium – Top Attractions”

The Best of Europe